> All Blog News>Swiss Wines for Cheese Fondue and Raclette 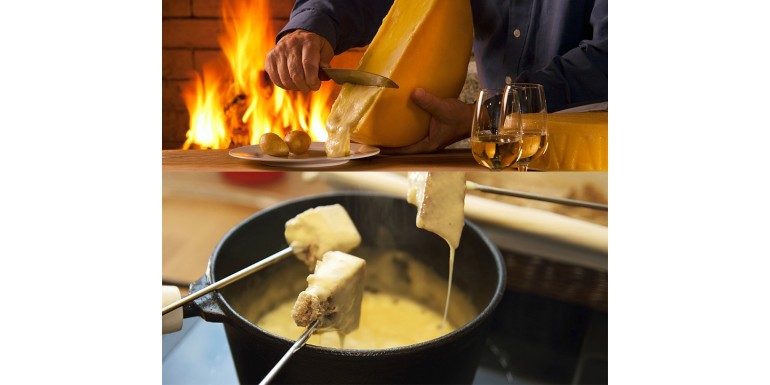 Cheese Fondue /fɔ̃dy/ is a traditional Swiss dish of melted cheese served in communal pot (caquelon or fondue pot) over a portable stove. The dish was popularized in the mid-1900's with it's origins pointing to Canton Fribourg or Neuchâtel a few hundred years ago. Cheese Fondue consists of 1 or 2 or more regional cheeses, the most popular being the "moitié-moitié" (half-half in french) with a mix of Gruyère and Vacherin. Another popular mix consists of Gruyère and Emmental.

Raclette /rəˈklɛt/, a distinctive semi-hard cow milk cheese with origins in the Swiss Alps (Valais), has a history that goes back to medieval times. Raclette is also the name of the popular dish based on heating the Raclette cheese and scrapping it off the melted part.

An un-oaked light and fruity red for non-white wine drinkers.