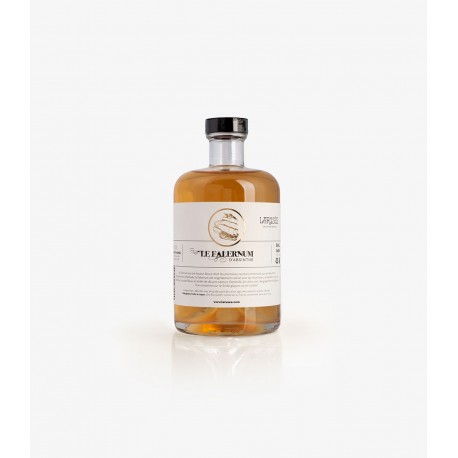 Falernum is a sweet liqueur whose first recipes date back to the 18th century in the Caribbeans, around Barbados. Originally made with white rum, replaced here with Absinthe Larusée Bleue, Falernum d'Absinthe Larusée reveals sweet and spicy flavors of almond, lime, ginger and spices.

A truly original and unique liqueur !