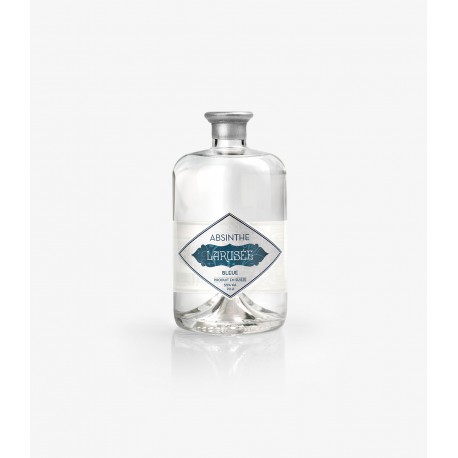 Larusée Bleue - one of the World's Best Absinthe.

Larusée Bleue is a seductive absinthe, mesmerizing, refreshing. Produced in a craft way, its amateurs describe it as fine, complex, but round in mouth. The discreet flavors of anise marry harmoniously wormwood aromas.